Rex Pickett is the author of the novel Sideways, which the famous, Oscar-winning, cult wine movie of the same title was adapted.

After a 3-month research trip in Chile for his Sideways 3 Chile novel, Rex fell in love with the country, the people, and their wines.

Several years later, brainstorming with culture entrepreneur Mario Velasco, the two had the inspiration to come out with a Pinot Noir from Chile that would express Rex’s philosophy of a wine that was both expressive of the grape and affordable, an everyday wine that everyone could enjoy without the guilt of the usually high Pinot price tag.

Rex tasted the wines out of Casablanca Valley – Rex’s favorite region in all of Chile – a partnership was forged, and the project was hatched.

In the words of Rex Pickett,

My Signature Series Sideways Pinot Noir is a wine that I believe in with all my heart and soul. After many fits and starts I have finally found a Pinot I’m proud to put my name on.

The Oscar-winning film of the same title. Sideways won over 350 awards, including the Academy Award for Best Adapted Screenplay, making Rex a two-time Oscar winner.

In 2011 and 2013, Rex published two Sideways sequels, Vertical and Sideways 3 Chile. In research for the latter novel, Rex discovered his love for Chilean wines. In 2012, Rex wrote Sideways the play and staged it to record-breaking success. In 2020, his Sideways: the Musical will see its premiere.

Rex grew up in southern California, graduated from the University of California at San Diego. The Rex Pickett Papers are now enshrined at Geisel Library’s Special Collections & Archives.

Sideways, the movie, is adapted from Rex Pickett’s semi-autobiographical novel of the same title.

Miles Raymond is the classic self-deprecating, introverted intellectual. Hitting 40, divorced, near bankruptcy, he has all his hopes pinned on getting his first novel published so he can escape the perception that his life is a total failure.

His best friend Jack, Miles’s polar opposite, is a gregarious, upbeat guy, oblivious of the torments that have lain siege to Miles. Jack’s a week away from marriage to a woman of privilege and a life that promises plenitude and happiness.

Inspired by Miles’s passion for wine – and especially Pinot Noir! – the two embark on a weeklong last hurrah to unfashionable Santa Ynez Valley wine country. Murphy’s law ensues: anything that can go wrong will go wrong.

Sideways is a bawdy tragicomedy that encompasses every timeless theme known to story and character, and somehow manages to fire it all in the cauldron of riotous humor, with an infusion of soul.

Known around the world, sitting between the coastal mountains, this famous Valley is located southwest of Santiago, just 11 miles from the Pacific Ocean.

Recognized for the maritime influence of the Pacific that refreshes its climate, the morning mist that sits in this Valley, and the old granite clay soils that create a rich tapestry of terroirs.

‘Sideways: The Musical’ Taps Kathleen Marshall to Direct and Choreograph

Movies come and go, but the «Sideways» effect seems to last forever

How the «Sideways Effect» Helped Shape the Wine Industry 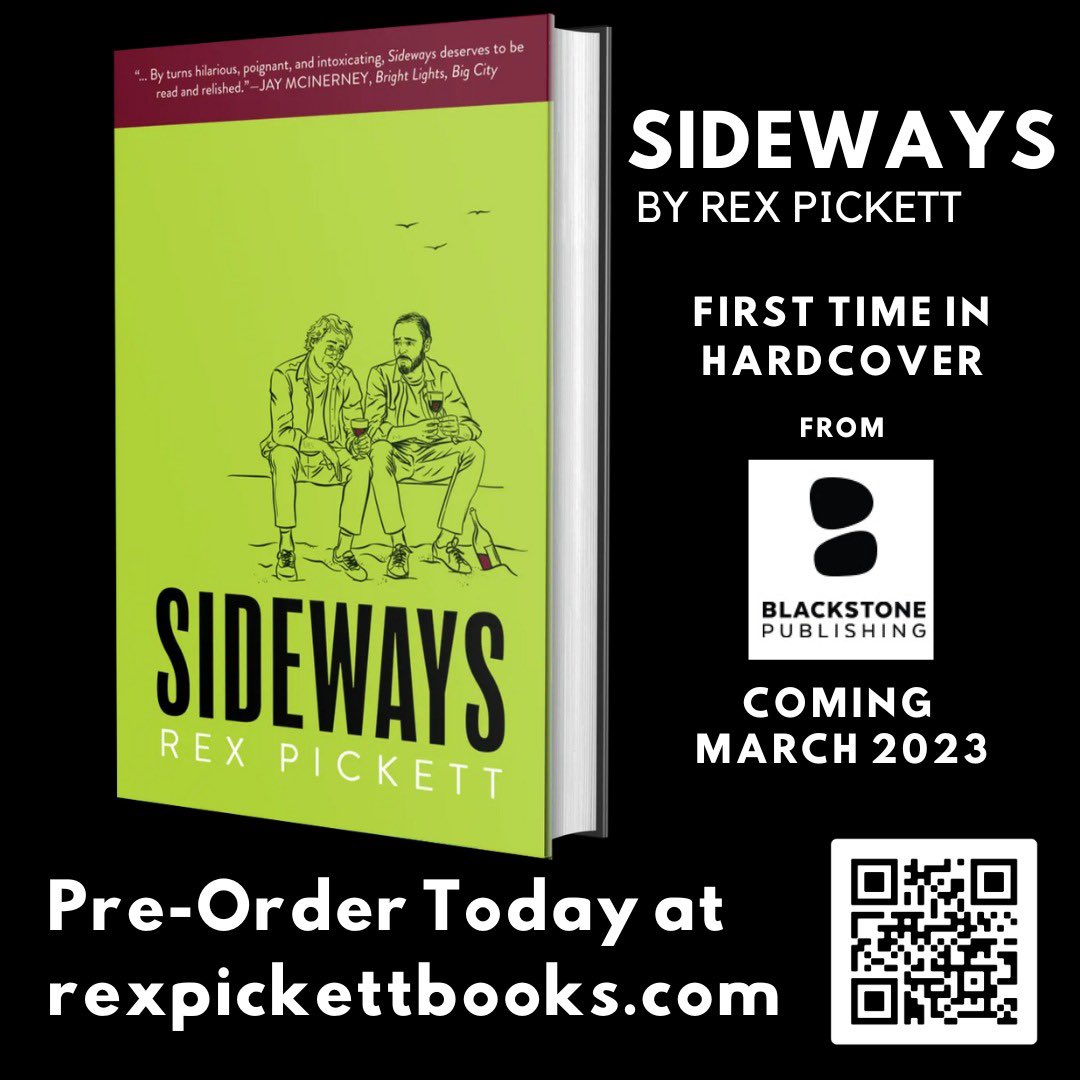 It was an amazing week for our great Sideways Wine in Brazil, led by Rex Pickett himself, along with the Via Wines team. Thanks a lot São Paulo for the outstanding reception and the friendship. Now let’s drink up!

Rex Pickett at the set of Sideways